Standard lunch and dinner bookings are now available via our website only.

For any tables above 6 guests or for event enquiries, please call our reservations team between 3pm and 6pm or email  info@stokehouse.com.au

Standard lunch and dinner bookings are now available via our website only.

For any tables above 6 guests or for event enquiries, please call our reservations team between 3pm and 6pm or email  info@stokehouse.com.au

Journey to the Otways

This region really captured my curiosity because of the incredible landscape of rugged coastline, beaches and mountainous countryside. Where there is beautiful lush countryside you’ll be sure to find amazing produce.

I travelled with two sous chefs across the Otways and met with Steve Earl, the owner and operator of La Bimba in Apollo Bay. He introduced us to a variety of local farmers, fisherman, and producers who were all extremely passionate and down to earth. We connected with Steve because he shares a similar ethos to me at Stokehouse and believes in supporting local businesses, sourcing ingredients with little to no negative impact on the environment, sustainable practices, and no waste.

We foraged along the coast to find an abundance of ingredients including sweet mussels, salty sea grapes (Neptune’s necklace), sea lettuce, dead man’s fingers, and the most incredible Wakame. Wakame grows mainly in Tasmania – and one of the only places it grows on mainland Australia is Apollo Bay. On the banks we found coastal herbs like sea parsley, wild celery, barilla, saltbush and coastal rosemary. We will be creating a dish to showcase the bountiful coastal pantry the Otways has to offer.

In a small harbour we met with two crayfish fisherman, Matt Phillips and Tim Harrington, who had just returned with their morning’s catch. When they catch crayfish, they naturally catch a lot of smaller reef fish as well. Unfortunately, this bycatch is normally discarded but these fishermen sell it to great people like Steve who give the product a purpose and reduce the waste.

Forrest Brewing provided a well-needed break from a busy morning as well as some amazing beers and ales. Matt Bradshaw and team do some pretty amazing craft beers from their small brewery in the treetops.

We met Peter Scott who is known as a potato breeder and is working with the government to produce new strains of potatoes. It’s expensive and time-consuming, taking five years to produce a different type of potato. He has developed a purple potato called the ‘midnight pearl’ that he has produced crisps from. These crisps have more antioxidants than fresh blueberries, which is amazing – it should be classed as a superfood!

We also met Paul Troughton, who produces Otway Forrest Shiitake Mushrooms. An incredible product with an innovative growing process. Paul makes a log of compressed sawdust injected with a special bacteria that sprouts shiitake mushrooms after a complex temperature and moisture control process. They have a deeper, richer and creamier flavour than any shiitake I’ve had before. The logs can be used twice, then turned into compost, so there is very minimal waste in his operation.

Xavier Meade at Barongarook Pork showed us his very happy free range pigs. Xavier allows the pigs to live a natural life with as little interference as possible, letting them forage for food, rear their young and eat a wholesome vegetable diet. With so much questionable mass production out there, it was comforting to see people that genuinely care about their livestock. This is the reason behind this dinner series: to showcase passionate, honourable people that care, and produce an incredible product because of it.

The final stop was to meet Xavier Prime who operates Chooks at the Rooke. He produces the most flavoursome free range eggs and lets the chooks roam free, protected by three big Maremma sheepdogs who guard them all day. But he also uses the male chooks to produce meat which means his business is far more ethical and sustainable than most egg farms, who terminate all male chicks immediately. We will also be using Great Ocean Road Ducks for this dinner who is a supplier we have worked with before.

The visit was inspiring and provided endless ingredients to make a really genuine and impressive dinner.

The Otways dinner is on Thursday, August 23rd. Reservations are $145 per person inclusive of canapes, four courses and matched beverage. Please contact Stokehouse on 9525 5555 or email info@stokehouse.com.au 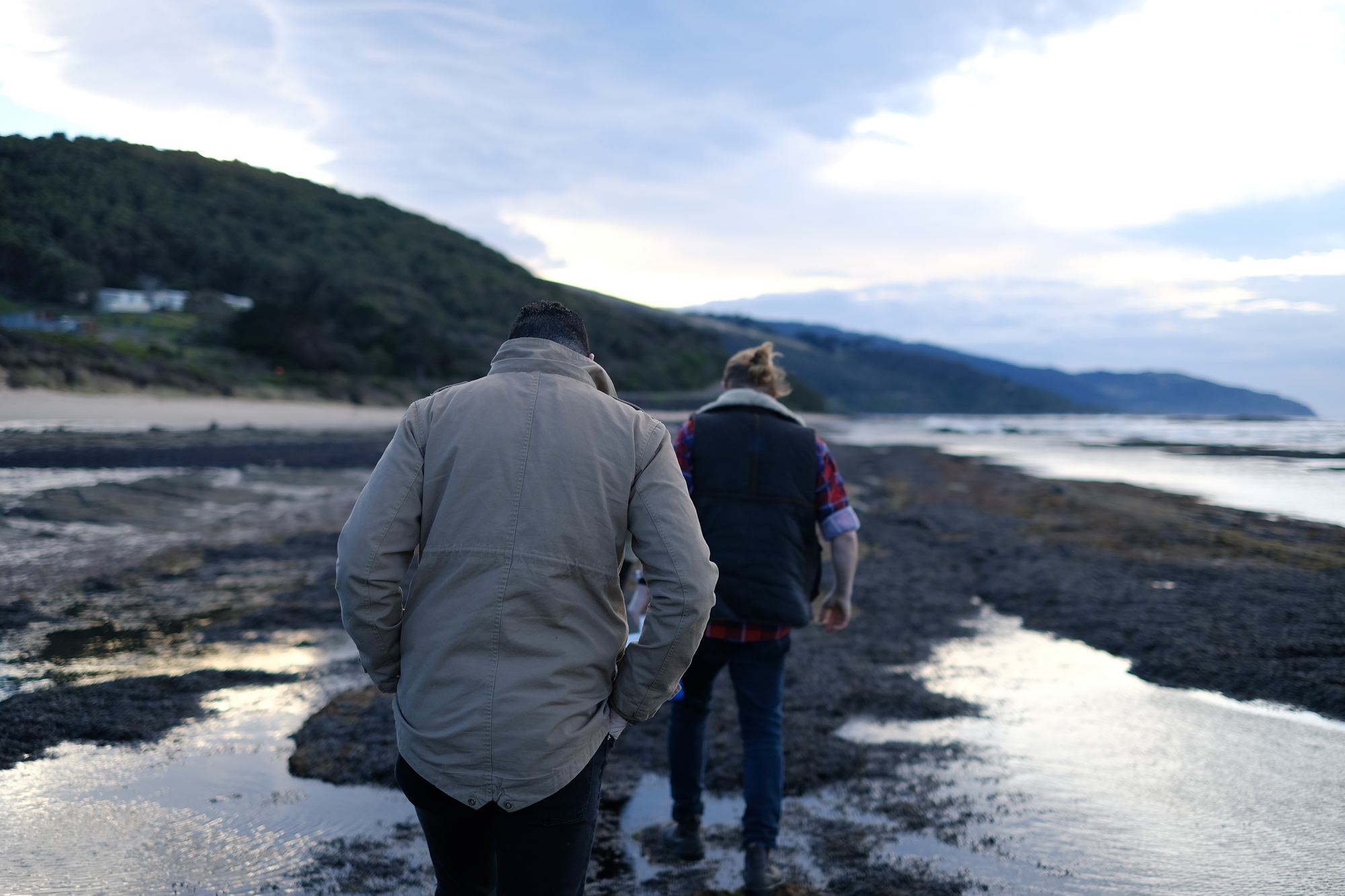 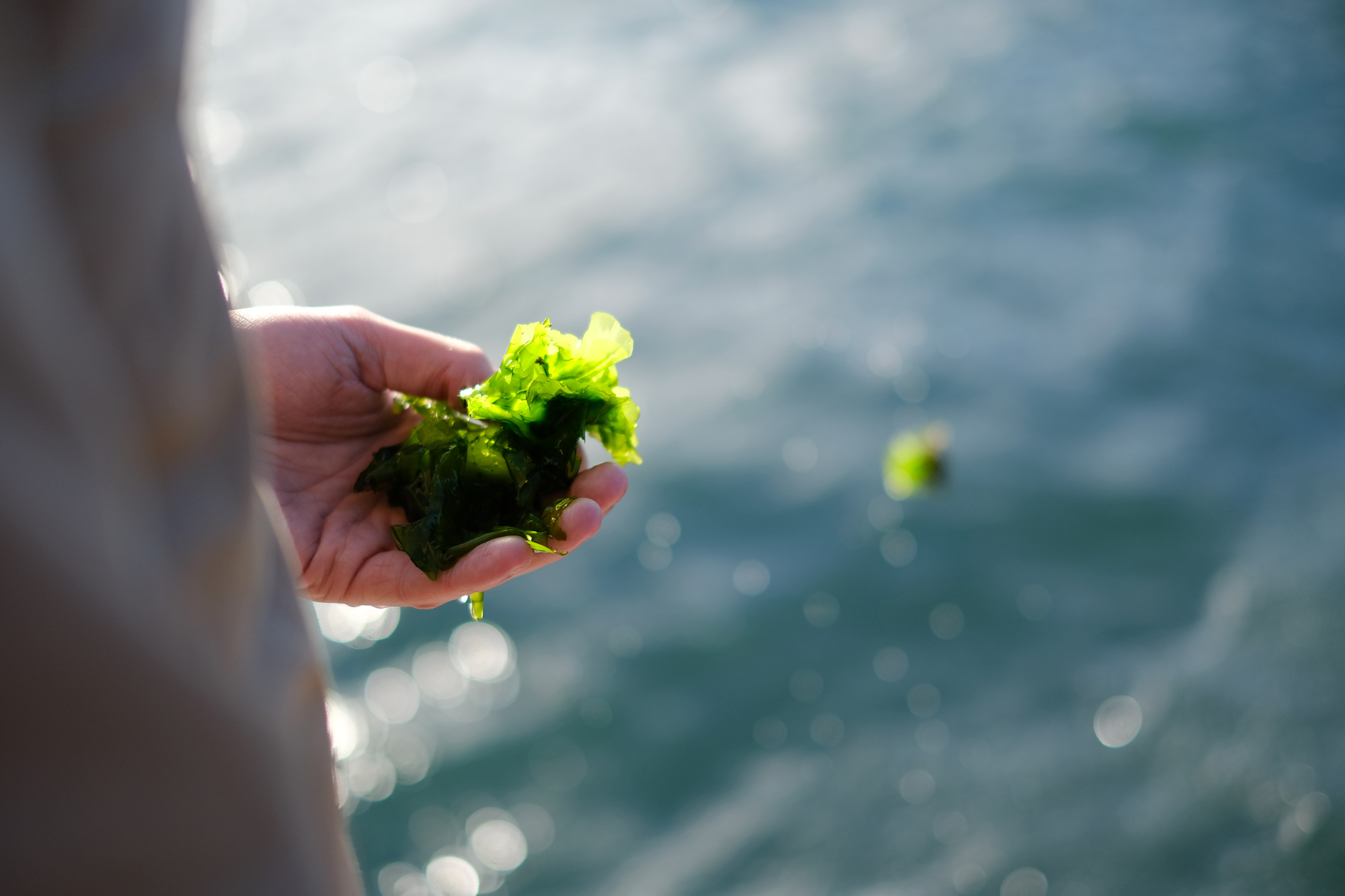 More from the Journal

Experience the award-winning Stokehouse for just $40 per person for a two-course lunch, Monday – Thursday. Available until 27th September only.

What Grows Together Goes Together

What Grows Together Goes Together is an all-new Stokehouse dinner series. Each event will showcase wine and food sourced from the same region.